When I saw the large crate of pumpkins last week, I just had to buy a couple. I'm not obsessed with pumpkins, but they are amazing vegetables and I always feel happy when I see a big bunch of them. The pimply faced youth at the till cracked that I was the first one to buy pumpkins from him. 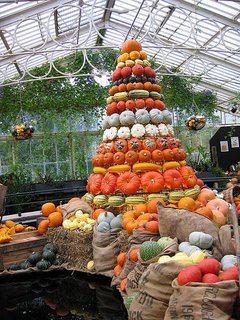 So yesterday, I decided it was time to have a little Halloween celebration and picked up some colourful dried Indian corn on the cob and small ornamental gourds and got to work.

So here are my hot tips: 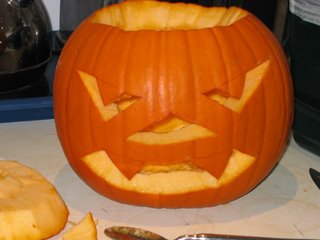 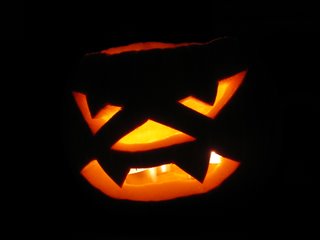 Posted by Caramella Mou at 3:09 pm

Another top tip is not to put these things inside. The tea-lights will slowly roast the insides and the smell of burning pumpkin can be quiet overpowering.

Be careful when removing the lid, it can be quite hot.