It's time for Brother-in-Law Roger's birthday once more and I was asked to make a cake. 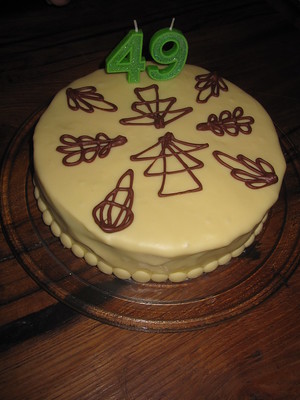 I had originally planed to bake one for my younger niece Falbala, but she put in a killer shift at her work place on her birthday and spent most of the next day sleeping, so I didn't. I'd planned a really elaborate cake for her, and I'll have to make it at some point. But as I had to make a cake for Roger, I decided to try and stick to the same theme as Falbala's cake, just simplify it, since I had to make it during the working week.

Thus came about the idea of making a cake sponge which was coffee flavoured and almost black to be covered with lovely white chocolate, a bit like a latte in cake form basically. And I had a coffee cake recipe which needed to be sorted out. Noting that I found the recipe and made it back in 2008, I've come a long way since and learned loads about baking and there is absolutely no surprise at all on why this failed at the time. But it also meant I couldn't use the full recipe for Roger's cake.

Instead I did what I usually do and google and go for the pretty picture or a baker that I can trust. This time it was Mary Berry's easy chocolate cake. With modifications to incorporate the coffee masala elements. 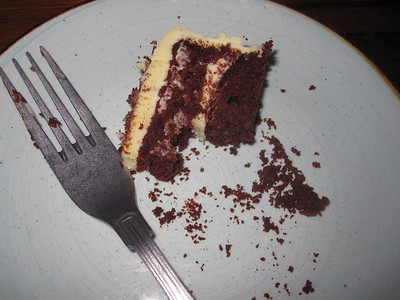 The cake sponge tasted quite strongly of coffee, not sweet at all, but combined with the white chocolate, this balanced quite well and the whole cake disappeared quite quickly, Roger grabbed the last piece for his drive home.

Posted by Caramella Mou at 21:09 No comments: